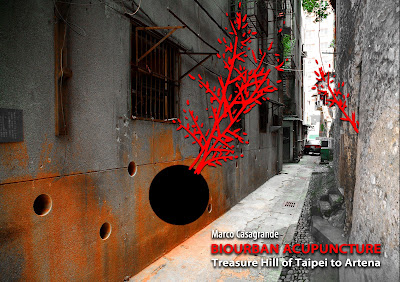 Science fiction has always confronted artificial and natural reality. Most of it has envisioned a future that is going to corner and minimize nature, echoing social and philosophical treatises, art, and a diffuse anxiety about mature capitalism, with visions of inhuman cities, robots-like men, and life downgraded to slavery by an impersonal power system.
Perhaps that is not just fiction anymore, the leap into a paradoxical parallel-world having happened already, and we unknowingly living in it – living into the “second generation cities”, as Marco Casagrande says. These cities are ruled by intangible, unreal, and not-human purposes, and grow by systematically destroying those natural geometric patterns and sub-codes that scholars like Christopher Alexander, Nikos Salingaros, Stephen Kellert, and others working in the fields of Evidence Based Design and Biourbanism, are pointing out.
As human beings seem to be educated to feed destruction, exploitation, pollution, and waste of their own habitat, they are dehumanizing themselves.
The metropolis of Taipei, as many Italian dull suburbs, is no exception to this trend. The ones who live and work in accordance with life, such as urban nomads or indigenous communities, are a threat to the system. It wants to “save them from themselves”, checking and adjusting their activities.
Marco Casagrande offers a way out, a therapy for the sickness of our cities, a path to achieve what he calls the Third Generation City.
Cities, to be the fall of the machine, where “the ruin” is the reality produced by nature, that reclaims the artefact. Cities where the nature force takes the initiative, affects the design of industrial society, and becomes co- architect.
The treatment is described by Casagrande as “biourban acupuncture”, reviving the traditional Chinese medicine practice on city scale, in order to trigger purifying and healing processes in the urban organism
Marco mentions several “needles” of Biourbanism. All of them aim at establishing a contact between the urban collective consciousness and the vital systems of nature. Illegal community gardens in Taipei, and weed growing from cracks in the concrete, are examples of similar needles. Nature can restore wholeness from a single point or node – even the wholeness of our human condition.


Ruin Academy is an organic void on the industrial tissue of the mechanical urbanism. It is a hole penetrating through the man-made layers of asphalt and concrete and finally reaching the original soil. Through this hole, a crack in the city, local knowledge can surface. There are many holes in Taipei performing urban acupuncture to the city.

In the alley of Ruin Academy there is a tree growing from the wall of a 5-story apartment building. This is a big and heavy tree that has spread its roots on a wide surface on the wall and it has penetrated through the wall in order to lock itself to the primary structures of the building. Its roots are further penetrating into the sewage system of the house and it uses the human circulation as its energy and water supply. This tree has chosen the man-made structure to be its living environment. It has balanced its growth not to break the building. It is an urban bonsai regulating itself according to the given conditions. 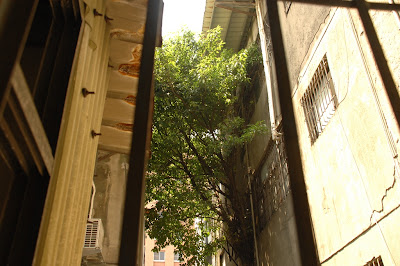 Architectural control must be broken in order to let nature to step in. Industrial city must be ruined through punctual interventions. The valueless void of the current urban development will be filled with ethics – the corners are windy. Urban Bioacupuncture is ecological restoration of existing cities through focus on cracks, holes and organic knowledge. Dictatorship of Sensitivity.

The community gardens and urban farms of Taipei are holes in the city. These holes are sucking in ad-hoc community activities to take place. Random holes are popping up here and there in Taipei. Some last for only a couple of hours, some keep going on for decades – like the 101 Garden. Hole in the city is un-official and it is maintained by organic power balancing. Temples are religious holes. Night markets and urban nomad activities are holes. The illegal city that keeps Taipei alive is urbanism of holes dancing on top of the official fiction.

University needs holes. The university has grown weaker the same time as the different disciplines have grown stronger. The academia should focus on the holes, not on the disciplines. Compost is dead without holes. When holes are introduced the compost will become the most fertile top-soil. Same with architecture, city and university.

A week will root in the smallest crack in asphalt and eventually break the city. Why does the nature want to break the city? City is an obstacle in the life providing system of nature and it wants to tune it to be part of itself. It wants city to produce life resonating with the rest of nature. 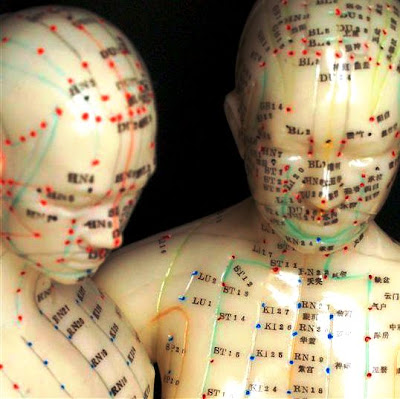 * Urban Acupuncture is an urban environmental methodology, the brainchild of Finnish architect and professor Marco Casagrande who combines the theory of urban design with that of acupuncture.

* In urban acupuncture, an area is regarded as a complex organism of energy in which different 'energy layers' overlap with each other and influence residents behavior and conduct and how an urban area develops. Urban acupuncture is a point by point manipulation of the urban energy to create a sustainable town or city, which Marco Casagrande has dubbed '3rd Generation Cities'.

Urban Acupuncture is a methodology combining the theory of urban design with that of acupuncture. In UA, an area is regarded as a complex organism in which different “energy layers” overlap, influencing resident’s behaviour and conduct, but also the way an urban area develops. UA is a point-by-point manipulation of urban energy to create a sustainable town of city, which Casagrande has dubbed “3rd Generation Cities.”

The UA theory celebrates the possibility of a lightweight touch with a total impact. UA is ruining the industrial surface of the built human environment. Ruin is when man-made has become part of nature. A weed will root into the smallest crack in the asphalt and eventually break the city. UA is the weed and acupuncture point is the crack. 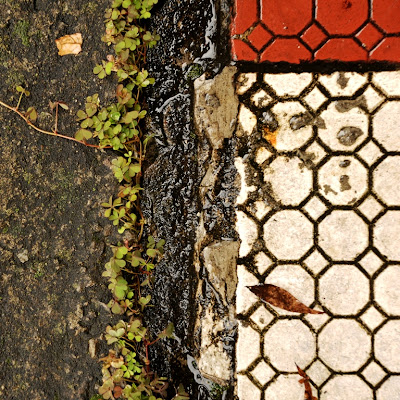 UA has no fixed scale. “Acupunks” practice micro interventions like the Human Layer projects in various European cities, but they may also come to Puerto Rico and rethink an entire infrastructure, aiming to render the city liveable for pedestrians, and not the car traffic alone… Casagrande claims to have discovered UA – essentially, a method where humans are seen as part of nature – when he recognized the city as an enemy. “I am addicted to the city, but it’s a place where people get corrupted, where they blindfold themselves and live in constant hypnotization. You can fly your kite, or drive a scooter, but you don’t look inside yourself because this is called paranoia. It’s a climate that creates pollution and prostitution, so of course I was interested: it was like going to a whorehouse. But the city is also the ultimate place where people meet, and the collective conscious is cooking up here. I wanted to deal with this mass of organic collective energy, so the city became by target and UA – my too. It’s the strategy of a bird that shits over a city, and its shit contains a seed, and this fertilized seed goes down, and cracks the asphalt, and this organic thing starts growing. I needed to penetrate through the industrial surface in order to reach that what everyone sees and feels but the official system cannot deal with. At first I believed to be alone, but there were other people thinking along the same lines. The biggest step forward was when I found out that normal, real citizens were breaking the official city all the time.”

Casagrande esteems favelas and slums as high-potential acupuncture points. “Industrialism and any other kind of human control introduces rigidity – and, like with anything else in nature, rigidity means death. Flexibility, mobility, softness, weakness have a sense of life to them, so the problem itself may contain a better solution than the attempt at total control,” says Marco who reveres Russian writers Arkady and Boris Strugatsky. Their social science fiction deals exclusively with problems that have no satisfactory solution on the material plane. They pose the kind of question where every answer is strictly personal, one-off, and valid only if you find it deep inside yourself. Problem-solving is different from improvising. Casagrande opts for improvisation. 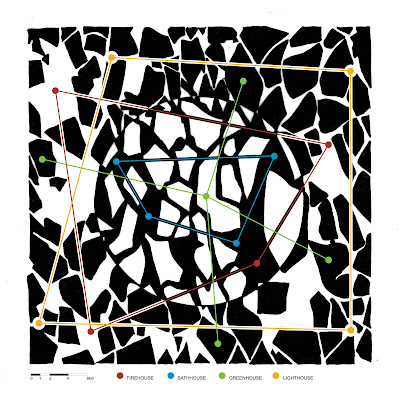 Urban Acupuncture is an urban environmentalismtheory of Finnish architect, Professor Marco Casagrande which combines urban design with traditional Chinese medical theory of acupuncture. Casagrande views cities as complex energy organisms in which different overlapping layers of energy flows are determining the actions of the citizens as well as the development of the city. By mixing environmentalism and urban designCasagrande is developing methods of punctual manipulation of the urban energy flows in order to create an ecologically sustainable urban development towards the so-called 3rd Generation City (post industrial city). Casagrande has developed the theory in the Tamkang University of Taiwan. 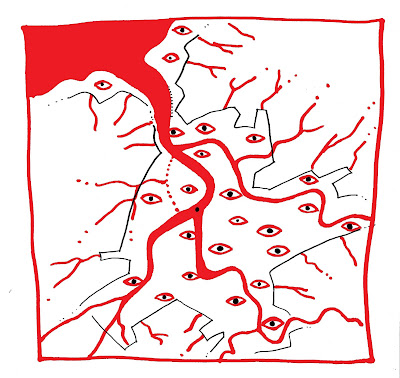 What is urban acupuncture?

How can urban acupuncture be applied to a city?

As the city reflects control and strenght the urban acupuncture has to be weak in order to break the machine. In its direction towards the truth the weak architecture and weak art is the sister of theology and philosophy, but faster: weak art meets the absolute immediately; it is free from the philosophical discussion or the theological belief. Weak architecture is art. Art don´t need to believe and don´t need to discuss - it can not help being itself. There is no excuse for art, art reflects the absolute.

Urban acupuncture can be applied to an existing city through art. The true environmental art in the urban context is urban acupuncture. Architecture is environmental art. Urban planning is the process of ruining the city. Weak artist and weak architect is a design-shaman interpreting what the bigger shared mind is transmitting.

The complexities of the city are either working to support life or against nature.The idea of the industrial city is to be autonomous from nature. This autonomity is the source of pollution. Pollution is real, it is part of nature - city is not real.

What is real is valuable: what is not real is not valuable. Urban acupuncture connects the public to the real reality through small scale interventions. Nothing is taken away and nothing heavy is added to the city organism, but the present state of being is realized as part of the process of rottening and being ruined. Ruin is not a product, it is a process. City must be a compost. 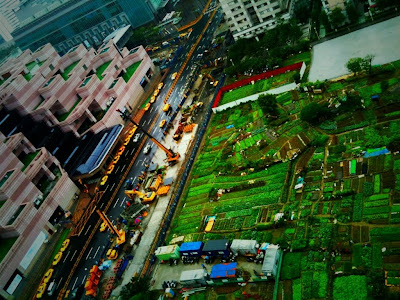 The interest in bottom-up localized actions in blighted areas can be traced back to New York City in the 1970’s when artist Gordon Matta-Clark developed a systematic approach to intervening in derelict sites - mapping,acquiring, and altering buildings across the city. In the early 2000’s, amidst an upswell of ‘do it yourself’ urban interventions, Finnish architect Marco Casagrande coined the term Urban Acupunture to describe the corporal part-to-whole relationships he noticed while observing urban farms in Taiwan. He extrapolated this metaphor to the entire region, thinking of the city as an organism with many overlapping and interactive layers, flowing with currents of energy.

Casagrande utilized the tenets of acupuncture: treat the points of blockage and let relief ripple throughout the body. More immediate and sensitive to community needs than traditional institutional forms of large scale urban renewal interventions would not only respond to localized needs, but do so with a knowledge of how city-wide systems operated and converged at that single node. Release pressure at strategic points, release pressure for the whole city.